“Better known as the bassist and co-songwriter of The Sums (ex-Smaller) and bassist for nineties band Hurricane #1 who have recently reformed, Chris Mullin is set to entice his own corner of attention with his debut solo EP, Myself Fooling Me. The Liverpool bred musician bares his creative and emotional heart with a six fingered handful of songs as distinct and different from his other endeavours as they are similar in the captivation of ears and imagination; simply a collection of tracks just demanding attention.

The first of a planned series of EPs exploring Mullin’s appetite for “more experimental styles of music”, Myself Fooling Me opens up with Hard Times. As keys stroke ears and thoughts, swiftly there is a Lennon-esque quality to the song and its lively grace, Mullin’s vocal expression a heart sharing proposal accentuated by the spring of strings rising over and caressing a quickly awoken appetite for the song’s melodic suggestiveness. Catchy with increasing warm hope lining its initial melancholic tinge, the song is a captivating start to the release and introduction to Mullin’s personal creative character. 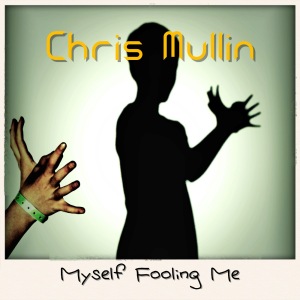 Lost At Sea follows, acoustic guitar stroking ears as Mullin’s again vocally shares his reflections being subsequently surrounded by simmering and increasingly bold flames of strings courted by celestial keys. The song laps at the senses, suggestive light shimmering on its surface before the darker hues of Colour Of Pain compellingly slip through ears. With a bluesy edge to its melodic lure and shadow hugged emotion, the outstanding track is a haunted bewitchment, melancholy and sorrow its engaging suit as Mullins reveals yet another side to his ever broadening solo journey.

From the rousing beauty of a song shouting single, Mullins shows a folkish flare with No More; a gentle melody seducing act of defiance which just grows more infectious with every passing note and word while Who Took The Beat? shows another hue to the same instinctive intent with darker emotional shadows at work. Blossoming in texture and flavour with every move, a sixties musical air from his home city as well as broader cosmopolitan scents seeping from its body, the song is one evocative serenade.

The EP closes with its title track; a song written over 20 years ago and revived after a one on one jamming session with Paul McCartney a few years back. Featuring ex-band mate, Bren Moore (Smaller/The Sums/Ella Guru) and the backing vocals of Fiona Holt O’Sullivan, Myself Fooling Me is a melody woven glide into the imagination with lyrical and vocal expression as provocative and honest as the boisterous sounds around them.

With every listen the Myself Fooling Me EP offers a richer seduction whilst sharing further depth to songwriting already part of some memorable moments with The Sums. Mullin’s solo exploration is a very different proposal to his ‘day job’, but something fans of the band and melody honed music as a whole will enthusiastically embrace.”

Myself Fooling Me is available now via Nowhere Music through all major download retailers and @ https://chrismullin.bandcamp.com/releases